Spoken WBS App as a tool to practice pronouncing your English!

Ready for your App? 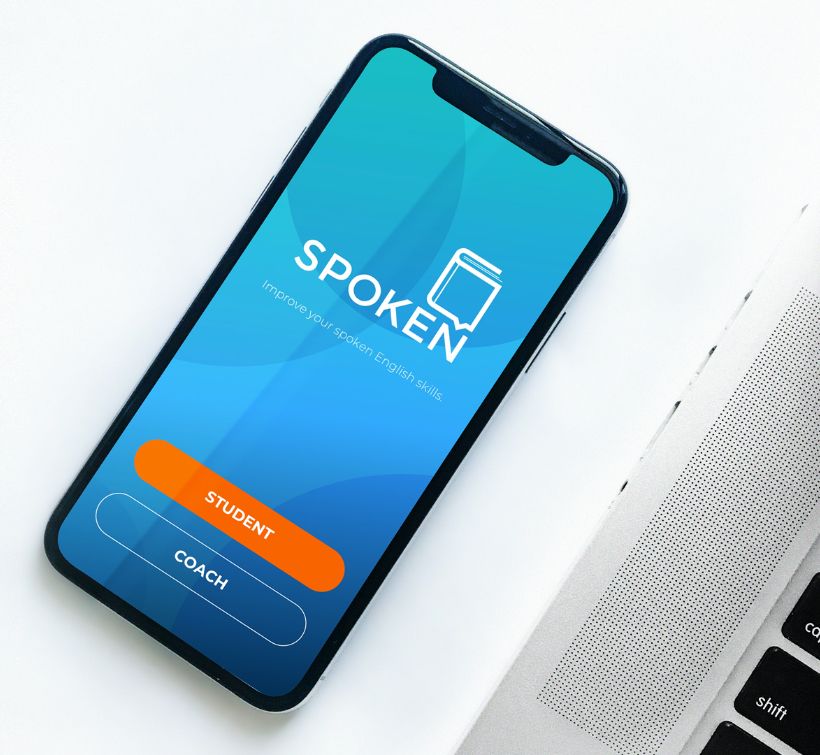 Spoken App is a digital product that is part of the tools used by World Bible School as a means of disseminating the organization. It is made up of a free mobile application available for Android and iOS, which allows people to practice and improve their English speaking skills. It has the personalized tutoring of a native English speaking coach and works through the recording voice of the reading of the Bible verses. In addition to an informative website where people seeking to be students will be able to learn more about the App and people who want to be Coaches will be able to submit their admission form.

Spoken WBS was an application that had been on the market for a while, however, it had too many issues in terms of design, functionality, code, and server stability. Furthermore, the application was developed only for iOS devices where most of the target users use Android, so user projections were not reached.

One of the biggest challenges for redesigning, restructuring and developing the code from scratch was to integrate all the client’s requirements into an application that was really highly efficient and had an optimal user experience on very low-end devices and to achieve the Constant stability of the servers so that anyone in the world could use the app without problems.

Parrolabs took over this project in late 2018. SpokenApp had been developed years prior, but due to neglect, the app was no longer working and Parrolabs was asked to provide the app with a new UX and UI Look and Feel.

The actual start of the project was in September 2019 and Parrolabs launched the app in August 2018. It took several months to analyze the UX in detail as exchanging audio's is no easy task.

The client had an additional wish for an AI component that would assist students with review of their Audio files and provide them with some background info. The team was able to include that in the V1 version.

The redesign of the application was approved by the client and by the iOS and Android app stores, achieving the launch of the first version with the new design. It is generating a much more friendly, enjoyable and useful experience and user interface. A new look and new functionality brought an easier flow for users, as well as a significant reduction in the need for volunteer work by the WBS team. In addition to including a section within the application to receive feedback from the users and to continue improving over time.

For the admin of the app, the difficulty was significantly reduced, so the Spoken team can easily update it without the need for technical knowledge. In the same way, the service of the servers by the client was improved, which allowed optimization of the application reducing the weight and increasing the speed.

What is a cryptocurrency?

The Importance of UX/UI Design

UX/UI design in a resounding conclusion from a creator's perspective.

AR and VR are reality technologies that are designed to bring a simulated environment to the user.

In Parrolabs we always strive to keep up with technological advances.

3 reasons why React Native and Ionic Are the Future!

At Parrolabs we carry a Philosophy, which is that things should be kept simple.

Why choose React as your Javascript Framework?

Let’s face it, there are many Javascript Frameworks these days.

What the 4-hour WorkWeek taught me and how apply it

The 4-hour workweek is a famous book by Tim Ferriss, I am explaining to you how it helped me.

Seems like 2020 might be the time where we will see some changes in the browser being used.

The 5 Main Reasons You Should have Animation In Your Website

Learn why animations play a big role in your website from the perspective of a graphical designer.

TRENDS THAT WILL CHANGE THE WORLD’S CONSUMERISM

The pandemic has forced us to change and improve our lives. The virtual world is a new market.

These are some data of why to trust fully in Latin America for the growth of your company.

Preparing Your Company For A Downturn

Engage with Niels Siskens our founder and CEO on how to prepare your company for a downturn.

Some positive aspects of Working From Home!

The situation that the entire world is experiencing today may be improved.

Is Artificial Intelligence A Threat To Our Society?

AI has evolved through the years, now it's at a point where we have to start paying attention to it.

Believe Me Most SEO Issues Are Technical!

How to Engage with an Outsourcing Partner

How to properly engage with an outsourcing partner and be successful at it.

How To Increase Your Metrics With Digital Publicity

Metrics play an important role in your company's development check out how to improve them.

The Energy Future Of The Internet

Here's how the internet may help to make the world a contamination-free environment.

Will We Be Voting Using Blockchain From Now On?

The US election votes results come from multiple sources

Parrolabs joins the Seamless.ai presidents club due to the efforts of our Laura Cotes

At Parrolabs, we are to transform your company through a fully digital implementation.

Netlify is one of the most solid hosting options in the market, this article may help.

Cutting unnecessary expenses may help keep your business floating during this crisis.

Apps to improve the design of your brand

9 things you can do to become GDPR compliant

Here are some things you can do to comply with GDPR

Work from home or office?

Home office forever? Or do you prefer the interaction again?

So, do you want to reduce the first load time in your ReactJS project?

DesignOps “The focus now is to reinvent, pivot, or create new experiences.”

Where did my Webmaster go?

Some of my thoughts about the evolution of web development.

Most popular Web Development Platforms of 2020

In this week's blog we will discuss the most popular web development platforms.

Servers have always been present, we give some facts about its development.

Small glance to Redux Saga and how to start to handle asynchronous request in React.

Love In The Times Of Technology

Is technology ruining our capability as humans to interact with each other?

My Experience Being A General Assistant

Here's what its like to be an assistant in Parrolabs.

Think well before getting a private security service, it may not be satisfactory

How to NearShore a Great Logo in 3 Steps

Learn in a few short steps on how to nearshore an amazing logo from our guest writer.

6 things your SEO Agency is hiding from you!

SEO, or Search Engine Optimization, is a buzzword that has grown to be a separate service.

How To Make A Great RFP For A Digital Project

The following article will help in the making process of a great RFP.

Life As We Know It….Should Have Ended

An environmental catastrophe should have happened years ago how can we prevent it from happening?

In 2019, we were approached by a client, who needed around 2500 digital banners in less than a week.

There are many aspects in SEO. One aspect of SEO that gets often forgotten is technical SEO.

Manage The Brand As An Employer

5G Will Change Your Website And Here Is What To Do About It!

5G is coming here's a brief explanation of what it means and what will change.

In the coming years, production in Latin American countries will be huge in world economic growth.

Learn from one of our assistants what is like to work at Parrolabs.

Our new abroad location is now open and available to the public.

Why Latin American Outsourcing is the future

Another honorable moment in the history of Parrolabs.

This Blog will help recognize the different roles which UX and UI have in a project.

Lessons From Beirut That We Leaders Should Apply

Here's some insight on the Beirut catastrophe and what can leaders learn from it.

You can observe the growth and reception of Svelte as a favorite in Satisfaction and Interest.

If you are learning or interested in mobile application development.

If you’re a web developer, probably you’re aware of the amount of HTML

Visual Identity of a Start-up

From a marketing perspective, selling is not the most important thing.

Leading work teams in the digital age is not an easy task.

How to build a hybrid approach to remote work

Many valuable reflections were made after COVID, one of those being learning how to work remotely.

Many companies at the beginning of the pandemic in 2019 thought that this would be temporary.

Perhaps you’re not aware of the difference between these two symbols in Javascript.

Advantages of the new React update

In its latest update (v18.0), React is focused on a new concurrent renderer.

Software testing is a combination of checking.

Canva: Break in case of an emergency

Monolithic applications are applications that are running on the same server and all the calls it makes are local.

In recent years, new tools have evolved that give us alternatives to achieve our work goals.

Technology has made it easier to farm, build cities, and travel

How Has Technology Helped You Build Your Business

How we helped an NGO in Medellin improve their Technology.

link to get more info 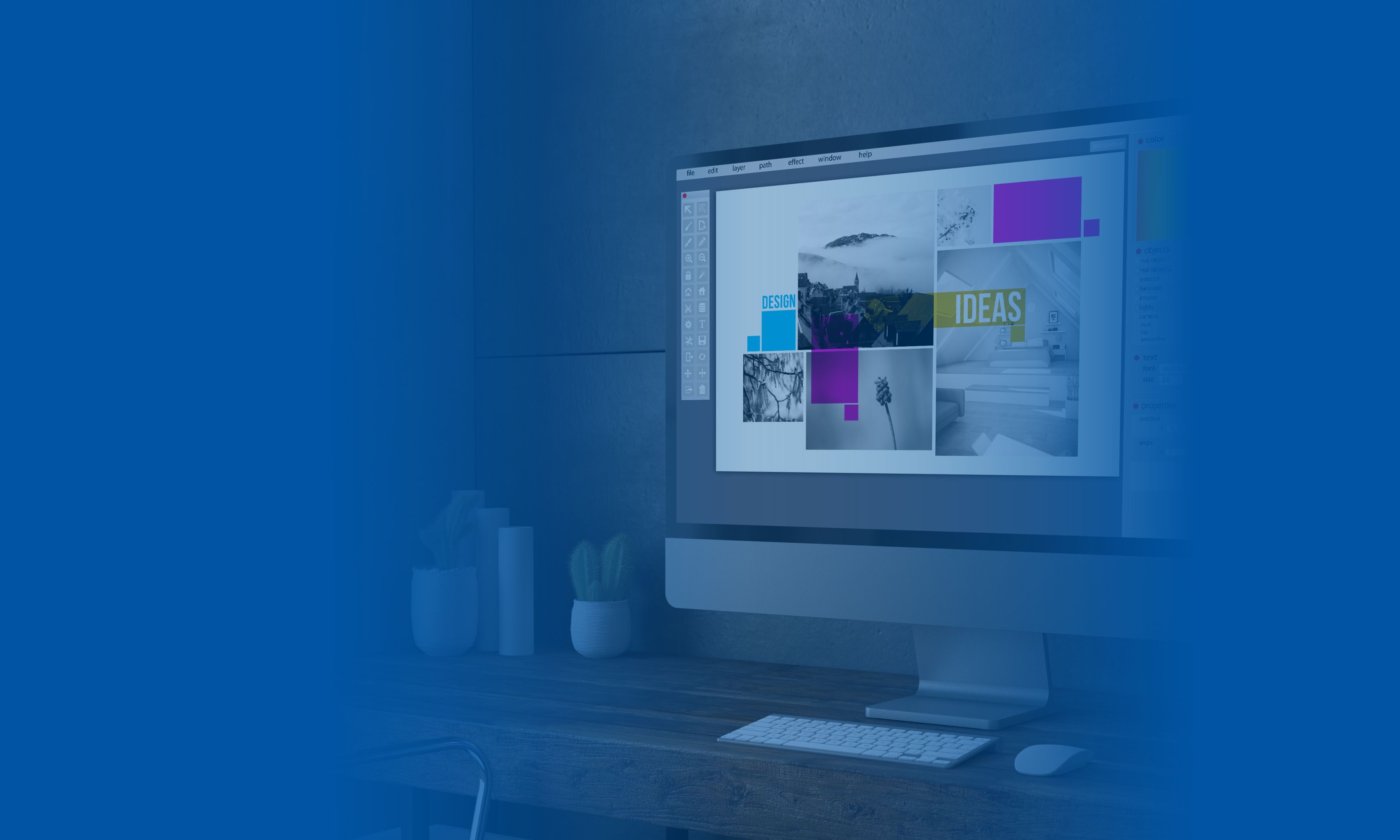 - Canva: Break in case of an emergency 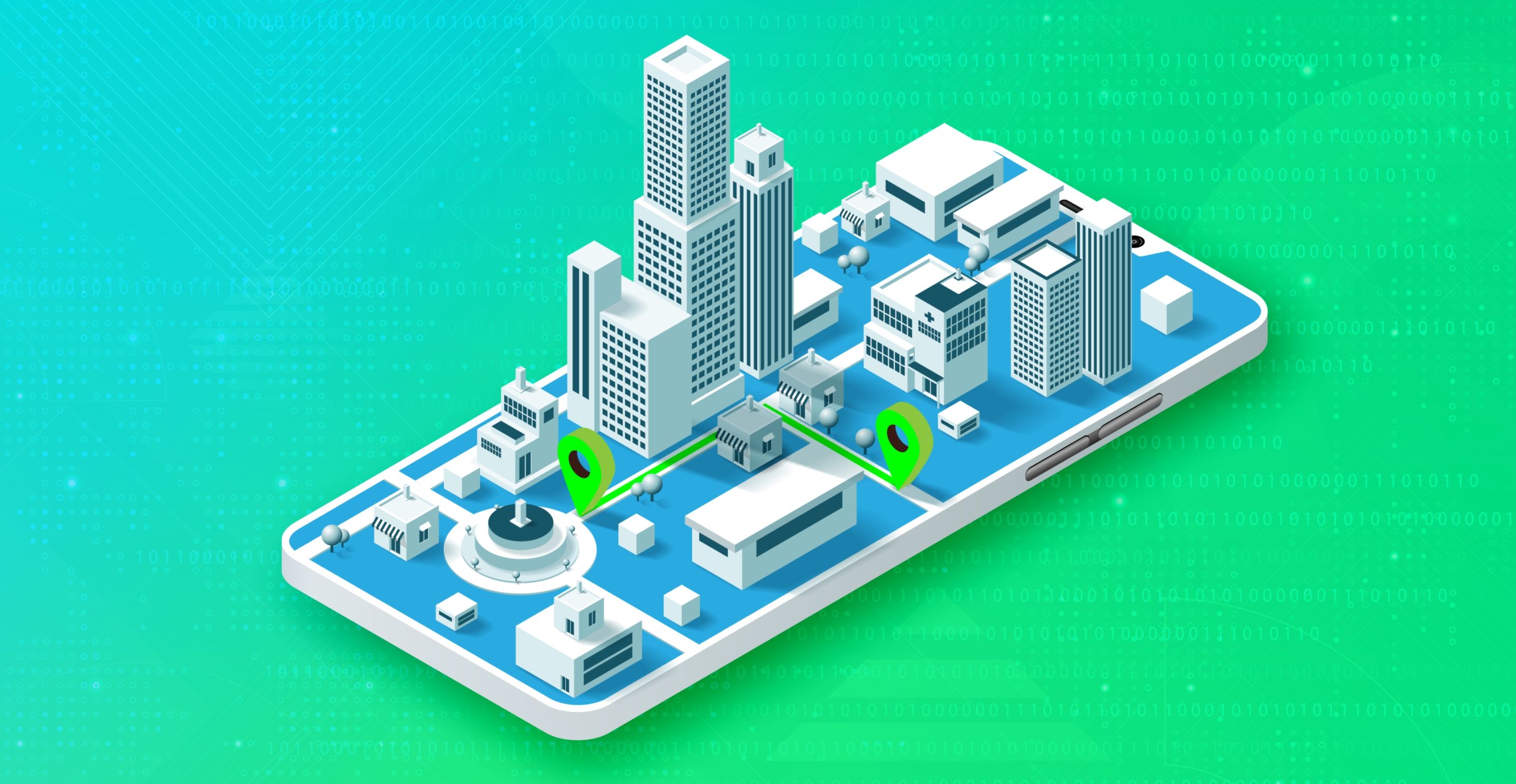 Python is a programming language that does it all, from web applications to video-games. 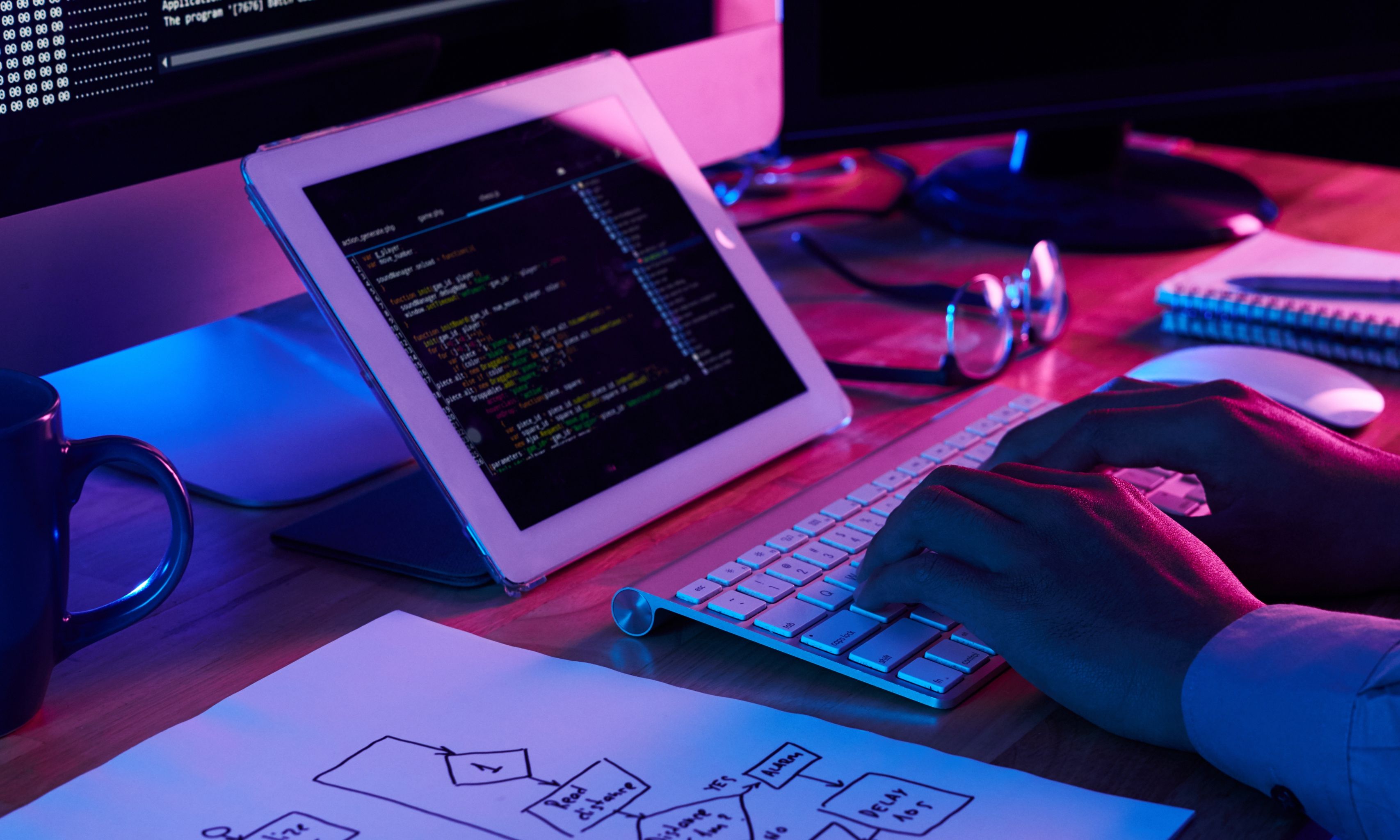 - Advantages of the new React update

In its latest update (v18.0), React is focused on a new concurrent renderer.